Victorians ranged from the hard-headed or shifty to the pure-minded, the intellectual, the literary and the enquiring. Whoever they were, apparently, it didn’t stop them from being attracted to spiritualism. This was a craze akin – according to some – a separate religion.

How could this be? Someone recently asked me this, in view especially of the Victorian tendency towards establishment versions of religion. Isn’t this a contradiction?

You’d think so. We could discuss this for hours, I guess, but perhaps a few ingredients for the conversational mix might include that the 19th century was vibrant with all sorts of different notions; that such a vibrant society could also be disorienting and unsettling for many, who might therefore seek out some comfort; that, while one was weighing up new ideas, it wasn’t such a leap to imagine visits from spirits as an adjunct to religions that believed in souls.

In fact, by the early 19th century, spiritualists such as Gerald Massey argued that Darwinism was incomplete, in that he hadn’t included the evolution of the soul and spirits. But should have, obviously. 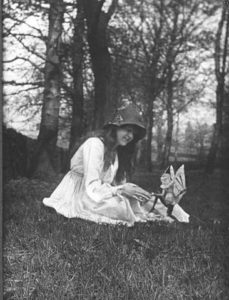 Anyway, there they were. Spiritualism became very popular with Victorians, followed shortly by mesmerism. And by associated otherworldly stuff: Arthur Conan Doyle, after all, when he wasn’t writing his precursors to our modern-day detective novels, believed not only in spiritualism but, after a while, in fairies. True! Conan Doyle’s falling for the fanciful tale, complete with concocted fairies and nifty photography, happened in 1920. Here, ex-magician and arch sceptic, James Randi, explains how the creator of the supremely logical detective Sherlock Holmes came to be so comprehensively taken in by two little girls: http://www.openculture.com/2013/01/arthur_conan_doyle_the_cottingley_fairies_how_two_young_girls_fooled_the_creator_of_sherlock_holmes.html

But Conan Doyle had already been primed, given his belief in spiritualism and visitations. After all, he had as examples people like the US High Courts Judge John Worth Edmonds, who claimed in the 1880s that he had been able to communicate with his wife after her death. Presumable Mrs Edmonds came a-knocking, since the Judge had also met the famous spiritualists the Fox Sisters by then, and they were well-known for having discovered that ghosts did a lot of noise-making. 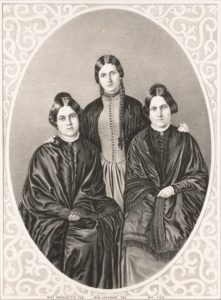 Mrs Fish and the Misses Fox

The Fox Sisters’ now famous prank was absolutely believed by enough people to launch the teenagers onto the world stage. Once the parents had been convinced, on March 31 1848, that knocking sounds in their old house were produced by spirits and that the sisters were conversing with them, Kate and Margaret had a new career. Soon there were hundreds who came to see them perform, and then a virtual new religion emerged. The sisters admitted in 1888 that it had all been faked, but you may not be surprised to learn that this did not dent the movement, which still thrives. And like all religions, philosophies and movements, spiritualism clothed a mixed set of values and intellectual thinking. Biologist Alfred Russel Wallace and Arthur Conan Doyle promoted it ardently, well into the 20th century.

And beliefs in spiritualism and mediums continue into the 21st century, of course, with the aid of modern technology which allows for skilful editing for a highly convincing product.

But back in mid-Victorian times, people such as Madame Drew in What Empty Things Are These had to make do with theatricks, so to speak. I won’t go into all her subterfuges now, because of course if you have read my book you’ll know what they are and if you haven’t…I’d like you to read the book, so I won’t spoil that chapter.

Still, suffice to say that atmospherics, near-darkness and careful timing were important, along with people’s imaginations in a highly-charged environment. The gloved hand that appeared from under the table; the foot on the shoulder as the medium ‘levitated’; some nifty mechanics.

Other subterfuges that Madame might have chosen to enact – and were enacted by others of the age – included the sound of a pen writing on pieces of paper, which were then thrown into the faces of those present. Shock! A further shock – there was nothing written on them! Rapping sounds then told sitters to look under the table, where they would find a small piece of paper with hieroglyphic characters written on them…even though there is no pen and ink in the room and the characters are clearly freshly drawn. How could this be! 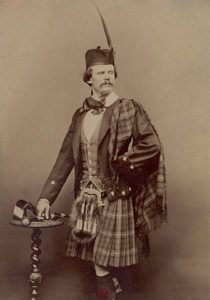 Mediums could become quite wealthy. A well-known medium, Daniel Dunglas Home nobly did not charge for séances but, rather like Madame Drew, accepted gifts. In 1868, in fact, he was charged with defrauding a widow of thousands of pounds, though it couldn’t be proved. He travelled widely, and no doubt wisely (given the law’s suspicions of him), and was immensely popular with all the VIPs. The salons of famous hostesses were his performing ground. He was the darling of Lady Waldegrave, Lady Hastings, Lord Stafford, Lord Dufferia, Lady Dunsany, Marchioness of Ely, Marchioness of Londonderry, Countess of Medina Pomar and Lady Fairfax. And let’s not forget intellectual well-knowns such as Bulwer-Lytton, the Barrett Brownings, Mrs Frances Trollope, Thackeray and Ruskin. Ruskin, however, and even though he had expressed his admiration much as a groupie would, eventually went off him. To be fair, sceptics did spend a lot of time trying to uncover his tricks – including his most famous one of actually flying through the air – and failed.

At Home’s seances, where people sat around a table touching hands (thus keeping them in view and under control), furniture would tremble, sway or rise from the floor; objects would fly through the air; the room itself might seem to quiver. Rapping would announce spirits; spirit arms and legs would appear, perhaps to write messages; musical instruments played (especially Home’s accordion); there would be strange voices, lights, cool breezes. Home might levitate. Clothing might be pulled by spirits; sitters might be poked and pinched.

Many tricks were of course in use here. People are happy to deceive themselves, as well, and will see what they are directed to see. There was also the simple fact that Home was quite dextrous, and his servants were pretty helpful.

At a time when the well brought-up did not admit to sexuality, spiritualism could be sexy. Sitters linked hands, at a time when one never touched strangers. Faces and hands might be caressed when the lights were out. And, all tricks aside, sitters might themselves indulge in a little flirting and hand squeezing. It could all be a little thrilling.

Victorians were ripe for this sort of thing. It was an age of discovery and invention, and the adherents of spiritualism felt they were a part of this. Madame Drew’s statement on her profession before the scéance itself is taken from spiritualist John Rymer’s own lecture of 1857:

‘…many of the truths of this day, however familiar they may be to you, were the  ridiculed but of yesterday… three centuries have scarcely rolled away since the man who dared to say the world went round, was adjudged by the scientific and the learned to be impious and profane…’